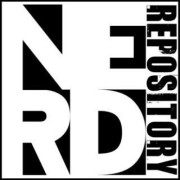 BH
I'm an avid gamer and film enthusiast, and have a tremendous affection for all aspects of nerd culture. I'll gladly discuss the philosophical undertones of Bioshock with you, and then log onto Xbox Live and chainsaw your goddamn face off in Gears of War 3. In July 2011, I attended San Diego Comic-Con for the first time. During the drive back to Phoenix with my best friend, the idea for The Nerd Repository began to take shape. I launched the site just over a week later.